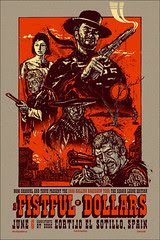 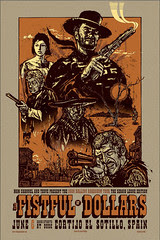 *Edit- These are sold out! Email me if you'd like to buy one.

Check out the series here:
www.gigposters.com/forums/posters/64519-alamo-rolling-roa... 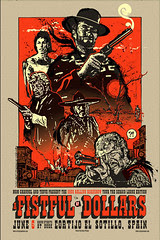 rf2r2
Originally uploaded by 1SHTAR
From The ADH website:

The Rolling Roadshow Tour: the Leone Edition
Every summer, the Alamo Drafthouse Cinema takes to the road, departing from Austin, Texas on a whirlwind tour and hosting free 35mm screenings of famous movies in famous places. Known as The Rolling Roadshow Tour, it has been to the Field of Dreams in Iowa to show Field of Dreams with Kevin Costner live in person, Devil's Tower in Wyoming for a screening of Close Encounters of the 3rd Kind and Alcatraz Island for a screening of Escape From Alcatraz. In 2008, The Rolling Roadshow Tour is paying tribute to one of the most influential film series of the modern age, Sergio Leone's "dollars" trilogy, A Fistful of Dollars, For a Few Dollars More and The Good, The Bad and The Ugly.
Posted by 1shtar at 9:35 AM No comments: 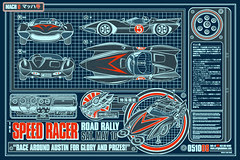 altC
Originally uploaded by 1SHTAR
I'm trying out posting to my blog directly from flickr. works pretty damn good. You can check out my photo sets here

Just finished up this 24x36 poster of the Mach 5 for the Alamo Draft House
Speed Racer opening event. The light blue lines glow in the dark. 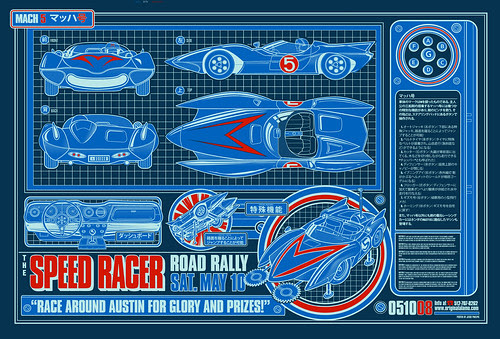 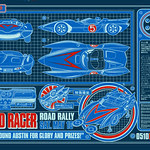 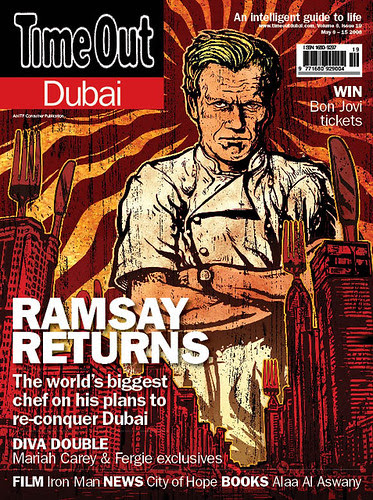 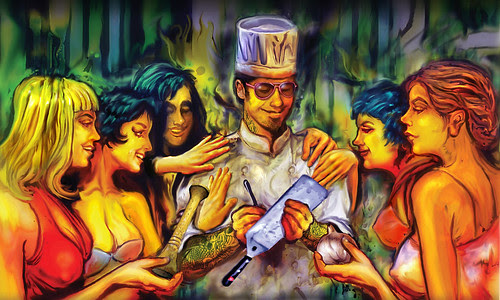 Trying out a new illustration style on this fairly challenging illustration I just finished for Time Out New York about chef groupies. I'm pretty happy with how it turned out. Though I caught some flak for not doing it in my 'hard edged' graphic style.
Posted by 1shtar at 6:25 PM No comments: